Mexico Point: A Slice of Heaven 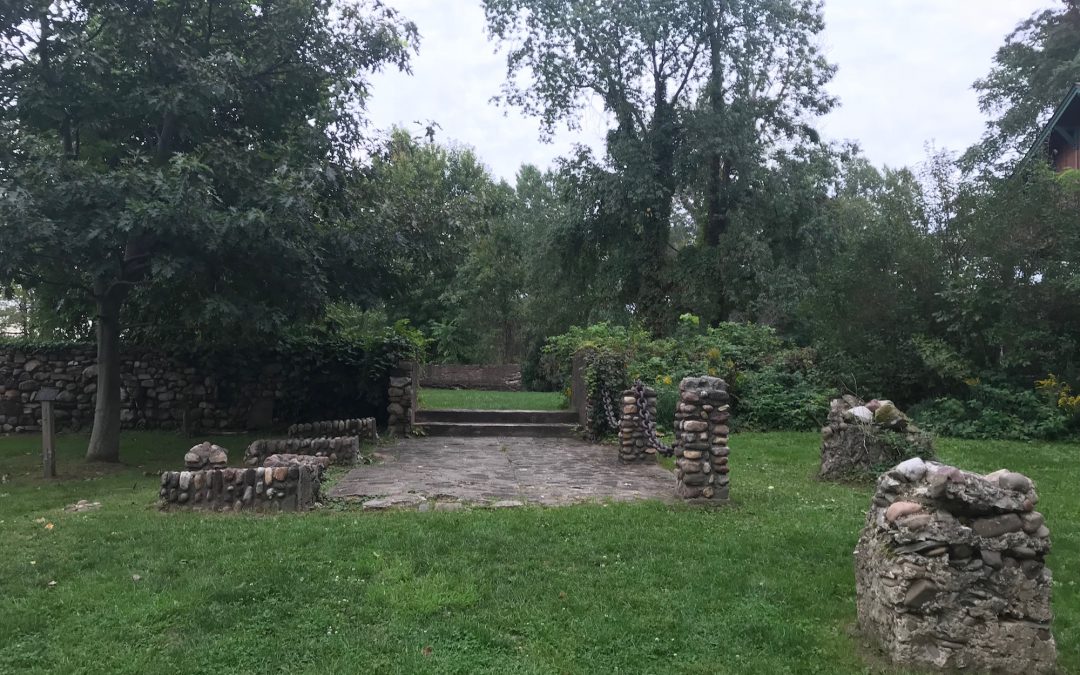 Our Mexico Point: A Slice of Heaven

There was nothing more exciting than pulling up at the gate and parking in front of the big wooden fence. The “No Trespassing” sign was posted on the huge maple, just inside the fence line. I would gaze at the sign each time we visited and it read our family’s name on it.  Arriving at Mexico Point was exciting, knowing I was in a safe place, like heaven.

The fresh scent of flowers mixed with wet grass and early morning dew sits with me like heaven. The water is barely moving, yet there’s a small wave that washes pebbles ashore and trickles onto the rocks along the beach. I would play on the rocks until mom said it was time to leave. I can still smell the scent of those days and see images of Mexico Point; a property on Lake Ontario owned, developed and operated by my family for 33 years.

My father, Francesco Marano, my uncle Joseph Marano and a family colleague, Joseph DiSalvo, acquired Mexico Point in 1948.  The boys were young and naive but their integrity, ambition and drive earned them the reward of owning real estate.  Over the years, the 3 young adolescents unexpectedly, yet meticulously developed a property of 33 acres and a small clubhouse into a full resort of over 100 acres named Mexico Point.

Mexico Point sat on Lake Ontario in a tiny town called Mexico, just outside Oswego in upstate New York. The property was unique in it’s own natural beauty and it attracted individuals from everywhere.  It was a meeting ground for those who wanted to escape the public, relax in privacy and enjoy themselves among friends. The boys even brought in a boxing ring and 2 of the most prominent boxers of their time, Carmen Basilio and Joey DeJohn, would be manufactured at Mexico Point.

After acquiring the property, the boys met Professor William Casey, who had been a long-time visitor of Mexico Point.  Bill was a Columbia University Law Professor.  He was as unique and nostalgic as the property. He had fallen in love with Mexico Point over the years and asked to spend a few weeks each year on the grounds.  He called it “an “Italian Villa, and “a place where you could see the full setting of the sun.”  He had taken such an affection and love to our property that he discontinued his visits to Martha’s Vineyard and chose Mexico Point as his summer retreat. His short visits grew into what the boys wanted him to have, a lifetime right to occupy the property every summer and that is how he became a part of our family and a part of Mexico Point.

In 1952, the boys lost the clubhouse to a fire and what remained were remnants of the stone, massive chimneys and the manor house.  Between 1965-1967, my dad and his brother built a cottage, which later was used as a quaint place to relax for guests on the property.  Bill helped the boys after the fire and the cottage would become Bill’s home, where he would spend each summer admiring breathtaking sun sets and exercising his passion for botanicals by growing bountiful gardens of flowers all across the grounds.

Mom and I periodically traveled on weekends to Mexico Point to visit Professor Casey. When we visited him, he would give us tours of the gardens, pointing out each flower and identifying each one by name. I always thought of him as the most interesting man I had ever met. He set a deep impression on me as a young girl and almost everyone else who met him would say they felt the same. Bill stood 6’6 tall with a frail, thin frame.  He was a genius, a historian, and an artisan, which naturally made him a great conversationalist.  He was a methodical man who had interesting stories to share. His book writing started at the early age of 17 and had accumulated a collection of writings over the years.  He would sign his name in every book and sometimes you would find it on page 99.  Bill wanted his books with him at the cottage but had no way of getting them there so my dad and uncle had them shipped to their warehouse, where they arrived by the numbers, packed in wine cases. Bill had been an advisor to President Eisenhower, which were documented in his books that would later be gifted back to Columbia Law Library by our family.

His love for the property extended beyond the land.  He had such a passion for Mexico Point, he committed to the reconstruction of the medieval manor that sat on the grounds. A chapel was built on the second floor, where a statue of the Blessed Virgin Mary would stand.  Bill invited architects and artists, some very famous names from around the globe, to donate their work, in dedication to a chapel.  With his mother in mind, the manor house and “the chapel” became a sacred and beautiful piece of work.  The chapel was hand crafted with meticulous carvings of wood, inside and out.  As a little girl, I looked at it as monumental.  The chapel remained locked and it would only be used at Bill’s discretion.  After all, it was in it’s own right a piece of art and would remain used as a sanctuary.

The cottage sat empty for the remaining seasons of the year and we would open again every spring before Bill’s arrival. Bill was family to us and it was such a treat to visit him each year.  Everyone who met him was intrigued with his intelligence, humor and kindness. Bill died in 1978. After his passing, we felt a great loss without him.  The property was rarely used, however, our personal ties to the property remained, while our fondness for Bill grew deeper. A melancholy lightness hung over Mexico Point, knowing his presence was bestowed upon us.

In the late ‘70s early 80’s, a committee was formed in efforts to transition our property into a state park; however, our family was not a part of this arrangement. Knowing my dad was being pressured to sell the property to the State, I made whimsical visits to Mexico Point and took photos while we still owned it. Soon after, the partners had to make a serious decision about either losing the property to eminent domain or freely selling it before others made the decision for them. Mexico Point was sold to the State in 1981.

In preparation for the sale to the State New York, former students from Columbia University asked to come to Mexico Point to retrieve Professor Casey’s books and art from the chapel and the Marano brothers agree, provided a special room would be created in his honor at the University.

My visions of Mexico Point still run deep and are very vivid. The property has given invaluable memories and a feeling of peace. Although years have passed since our ownership, I continue to draw from the love and appreciation I have for this property. The property remains open to the public as a state park and as some are touched by the property’s narrative, others are inspired by its beauty. Although many may not ever really understand the depth of its legacy, I am beholden to share my creativity and designs inspired from memories and visions of the property’s grace and heavenliness. Mexico Point is a part of my life. It is a part of me.

Since the sale of this property, my sister and I have lost both parents, but through the nostalgic memories of Mexico Point, we are able to find them. My Uncle, Joseph Marano, shared his memories and stories with me in 2010, in consideration for the article originally posted in the local newspaper, The Independent Mirror, of Mexico, NY.

Mexico Point will always be “A slice of Our Heaven.” It is a place that will never be forgotten.

You have Successfully Subscribed!

You have Successfully Subscribed!